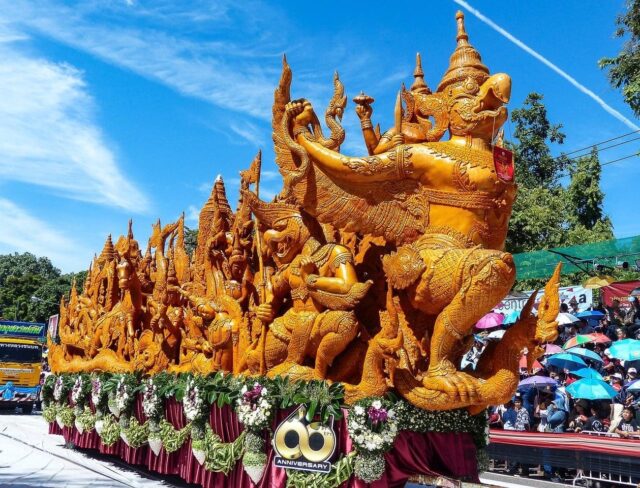 If you’re seeking some authentic Thai culture this summer, head to Thung Si Muang Park in Ubon Ratchathani next month for the Thai Candle Festival –  a week of celebrations from July 11-17th.

Primarily a Buddhist festival, the Thai Candle Festival showcases elaborate religious sculptures as well as artists, dancers and musicians. It is celebrated in several places in Thailand but the most famous and spectacular event occurs in the city of Ubon Ratchathani in Northeastern Thailand and has been celebrated there for over 500 years.

The majority of the festivities are celebrated annually over 2-4 days, falling on the full moon in July, however the city is flooded with artists arriving weeks prior to work on the intricate designs of their sculptures. 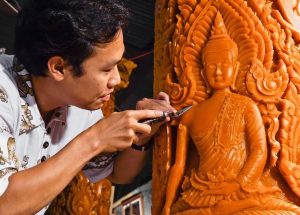 The festival parades showcase the efforts of sculptors from all over the country, with the huge floats carrying spectacular wax sculptures depicting different aspects of religious life alongside creative arts of dance, acting and music. The burning of long boats are often a highlight of the festival, and of course you can expect a good party or two before the solemn start of three months of lent. 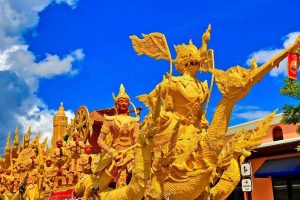 Thai people often light candles at temples and offer them to Buddha for his blessing before taking them back to their homes to symbolize enlightenment and good fortune. It’s also common to see streets adorned with flowers, and people carrying candles, incense, and releasing lanterns.  Small wax or paper figures called “Nang Kwak” can be purchased, which are used as offerings for Buddha and to honor his mother.

Celebrating enlightenment but also a time of prayer, peace and prosperity, this festival is a highlight of the year, and a holistic opportunity to immerse in Thai & Buddhist culture, and should not be missed! 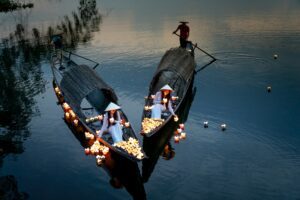 Keep in mind that this is a religious festival and no alcohol is allowed.

Ayla Lewis-Wharton – Originally from the UK, based in Asia for several years.

I edit content.  Previously a chef on Superyachts, I’m now a mother, a wife, a lover of all good things, and I like to sing and dance when nobody’s watching.