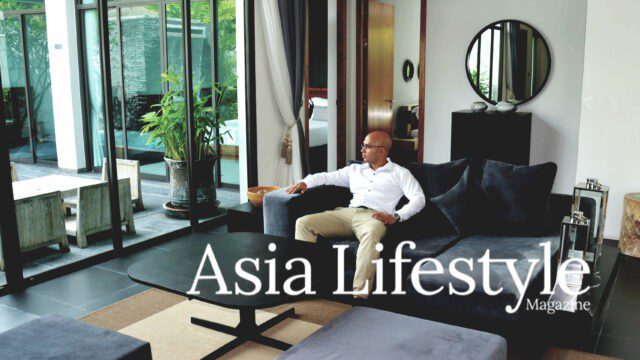 What makes you stand out? – Having worked as the marketing director for the – at that time – largest property company in Phuket, I decided to start my own company, Easy Living Phuket. After turning over millions of Thai Baht in business every month for someone else, it was evident, I had to do it for myself. I made a bespoke service focusing on each purchaser as a person instead of a name and number. I know it sounds kind of an obvious thing to say but back when real estate in Phuket was solely tourism centric, there were buyers queuing up to buy anything and I mean anything. Sadly that opened the doors to a conveyor belt of selling style for a lot of companies, I tried my hardest to avoid that.

Tell us the story of your first office? – It’s a crazy story actually.

Traditionally real estate companies had marketing booths manned by pretty girls making appointments to bring to their head offices. Usually property booths were only seen in nice air conditioned shopping centers, places where property companies thought there was money and they were right. Property companies back then were being charged stupid money for locations though, the shopping centers knew they could afford it.

In a shopping center, a 2x2meter marketing booth, allocated “real estate industry” was upwards of ฿200,000 per month (at the time $5,000 usd per month), I couldn’t afford those prices, yet.

When I opened the first office for ‘Easy Living Phuket’, it was inside O-Top Market, for those of you that don’t know, it was the style of a marketplace where you bought fake clothes and watches, in between the maze of shops were Aussie beer bars and packs of bar girls, not where someone would picture a boutique real estate office. 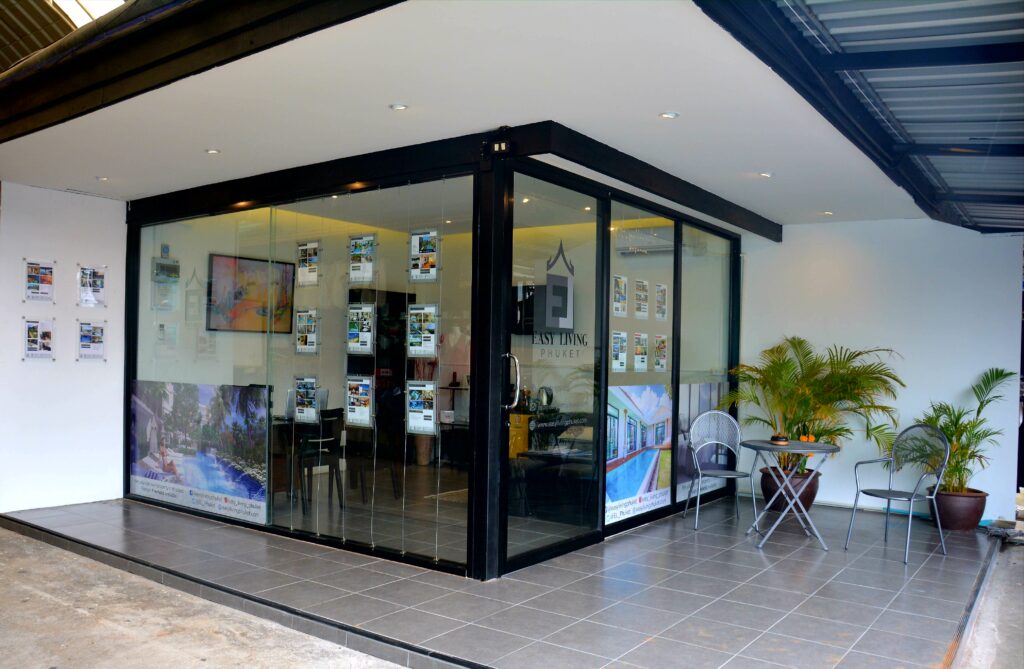 My friends and colleagues in the real estate industry thought I was mad, leaving my comfortable job at a highly recognised brokerage, only to open up a 4x4meter glass box inside what would seem to many as Sodom & Gamora.

I’ve always loved ‘out of the box’ thinking. I used to sit in that little office every night with the lights beaming and every night an Australian used to pop their head in and say “How much for one of those condos mate?” This was when the Aussie dollar was still OK against the Thai Baht and the Mining industry was booming. Those miners used to live their lives day by day and for most of them, walking into my ‘out of place’ real estate office was the first time they knew they could even own Freehold property in Thailand. 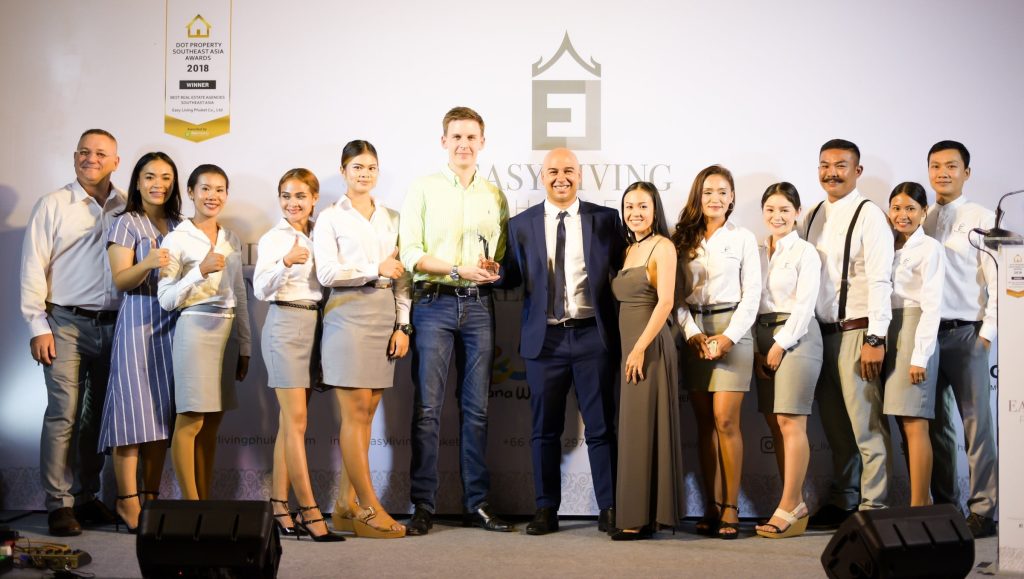 How did your real estate company grow so fast? – As you can imagine, my expenses were low and the client flow was great but I soon grew out of that office. Surrounded by beer bars and holiday fun is not a place to build an empire without being sucked in. At the time I had a falling out with another brokerage, they really, really ruffled my feathers over something that I won’t go into here but it was enough for me to go big or go home. I started opening up marketing booths in ‘out of the box’ places and manning them with eager but inexperienced Thai marketers.

In a past life I was a sales and marketing trainer for various timeshare companies. My mandate was to take a team of ruffians or even green recruits and get them into presentable pitching shape. Most of the time I would write a script, with every possible question and answer that would come up in a scenario and train them not only what to say, but how to say it, tones were equally important. Actually it’s how my wife Aom learnt to speak English, from one of my marketing scripts (100% truth).

It was because of this life experience I could hire Thais that wanted to work but didn’t speak enough English to get a real estate job somewhere else, I think mine was also the first company to employ gay guys on the booths instead of the traditional attractive girls only approach.

We were flying, every few properties we sold, i would open another marketing booth in a test location to see if it was a sweet spot, if not,, leave the deposit, pack up the decorations and open another one. Every now and again, we would find a great ‘out of the box’ location and keep it.

The booths were collecting on average 40-50 emails of potential real estate buyers everyday, along with other digital campaigns, the amount of leads we collected was insane, baring in mind, there is no finance for foreigners in Thailand, these were all cash buyers. 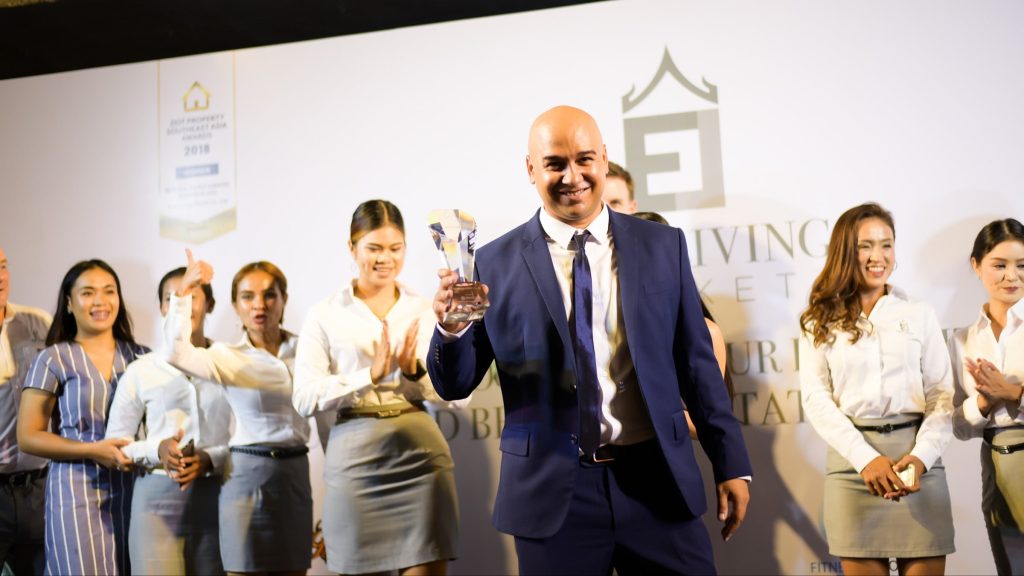 That’s also why I created Asia Lifestyle Magazine. I wanted lifestyle content emailed to these potential clients on a regular basis, keeping the clients engaged and in communication with us. For the most part, Those email lists are also why I didn’t see social media as an absolute necessity for a long time.

You can connect with Asa Marsh via LinkedIn or for real estate information, check out easylivingphuket.com

Dedicated to providing great content for readers interested about the Asia lifestyle. Written by Asia based writers.